Brief operation description: Lime slaking drum is a horizontal cylindrical drum pos.3 leaning with its bandages pos.5 on two pairs of carrying rollers pos.14. The drum is rotated by a drive consisting of an electric motor pos.8, gear pos.7 and gear key pos.6. Calcined lime enters the tail of the drum through a loading device pos.1, equipped with a dosing valve pos.2.

For lime slaking, ammonia water and rinse are supplied into charging device through the branch pipe.

On the inner surface of the drum, along the helical line blades pos.4 are welded which form a quadruple threaded screw from the position of loading to the position of unloading. At the drum discharging, there are six reinforced pockets for bailing the lime milk. In the fixed housing pos.9, a sieve cylinder pos.10 with screw bands pos.11 is rotating. Through a sieve, the lime milk passes into the hopper and is removed through the branch pipe, and incompletely burned material lime, by means of screw, is output into the second hopper and removed through the branch pipe. On the top of the fixed housing pos.9 there is a pipe pos.12 and a retarder pos.13 for removing vapors generated during lime slaking from the apparatus. 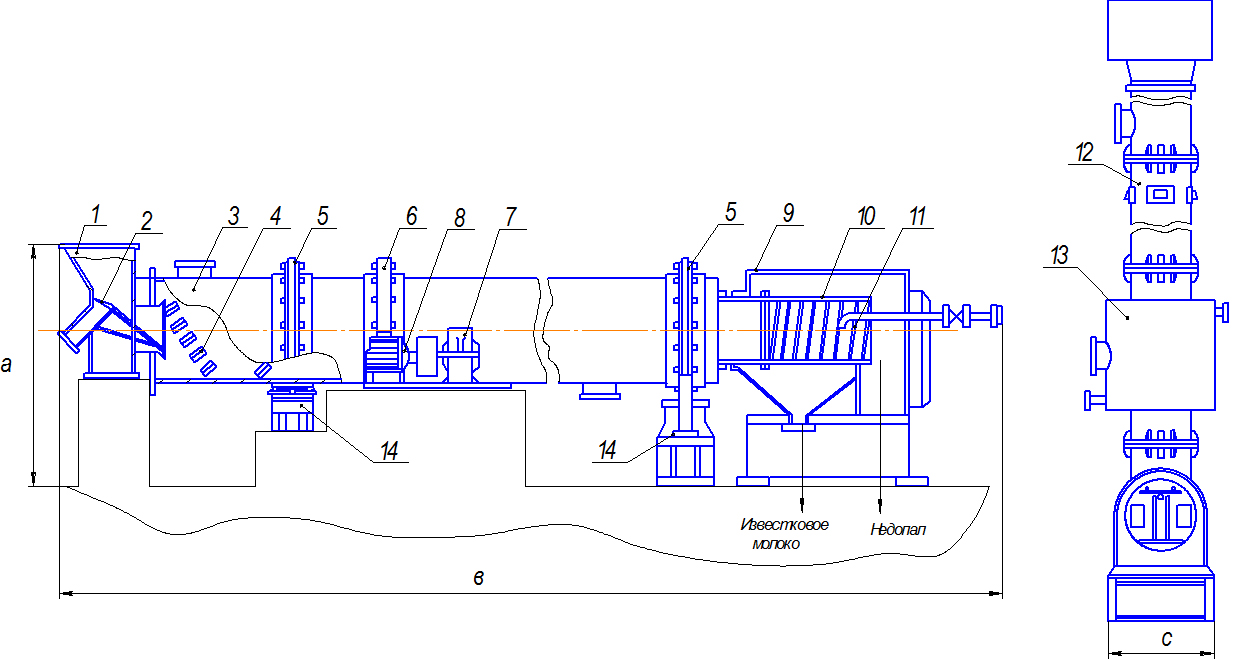